Skip to the content
⚠️ COVID-19: VBK Your Team- Here When You Need Us Learn More 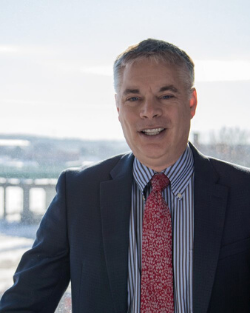 Seth has long standing roots in the Bangor area. He graduated from Brewer High School in 1989. Following high school graduation Seth attended Brandeis University where he majored in American Studies and minored in Economics. While at Brandeis Seth ran cross country and track and competed in the NCAA Cross Country Division III National Championship.

Seth is a 1996 graduate of the University of Maine School of Law, cum laude. At law school Seth was a member of the Moot Court Board and was chosen as a Prize Arguer. Seth began his law career in Southern Maine and then returned to Bangor in 2001 where he practiced at a small litigation firm before joining VBK. He is admitted to the Bar in both Maine and Massachusetts as well as the United States District Court for the District of Maine, the First Circuit Court of Appeals and the United States Supreme Court. The Maine Supreme Court has appointed him to the Maine Rules of Criminal Procedure Committee. He is a member of the Penobscot County Bar Association, Maine Trial Lawyers Association, Maine Association of Criminal Defense Attorneys and John Waldo Ballou American Inns of Court.

Seth lives with his wife Chelsey and two daughters on Bangor’s East Side. Seth’s interests include running both local races as well as marathons and half marathons, cheering on the University of Maine’s athletic teams and spending time at the family camp on Phillips Lake.